skip to main | skip to sidebar

I've upgraded my website to Wordpress, so I'll be blogging here from now on.

When do you start thinking about the next book you'll write? Are you the type to have over a dozen active stories in your head (waving to Brynn) or, like me, have no clue? My next idea usually doesn't filter in to my brain until I'm close to the end of my current WIP. For example, I'm thinking of doing a contemporary romance with a heroine who has some magical talents. I know her name will be Bea, she has two dogs and she bakes bread. I even know the title, but I don't have the "crunch" element that makes the story so different than a hundred others out there. Where is it? I'm waiting for the Muse to send it to me.
What about you? When is the next book a reality?
Posted by sterlingwriter at 8:05 PM No comments:

Change your point of view

Writer's block. Real or imagined, it can tie down the best of us. There are various techniques to break the block, but one of them is as simple as changing the point of view in your scene. The number one rule, of course, is who has the most to lose in the scene? Write it from that character's point of view. But sometimes, you're still blocked. Then what?
Try a different POV. As in 1st person if you're writing in 3rd. Or 3rd if you're writing in 1st. It could be enough to free your imagination and break through your block.
Posted by sterlingwriter at 7:25 PM No comments:

Where do you want to be?

Where do you want to be five years from now?  No, this isn't a job interview.  It's a career question.  Where do you want your writing career to be five years from now?  Three years?  One?  Next month?  On one of the big lists?  Looking at your astronomically large bank statement?  Or simply getting great feedback from your critique partner/group?  Big or small, grand or humble, dreams can be reached by a) making a plan and b) taking incremental steps forward.  Man did not step on the moon the day after President Kennedy issued the challenge to be there by the end of the decade (the 60's.)  It took over eight years, and many, many small steps.  The first men in space didn't even circle the globe.  With each mission, more data was collected and the goals grew larger.
What was your first writing goal?  To finish a book?  A scene?  A sentence?  Mine was to write the end of the book.  I woke from a dream and had a the ending scene in my head.  I didn't know these people, I had no idea what their beginning was, but I vowed to get them to the climatic end.  (I learned about big, black moments later.)
After awhile, I realized I needed help, so I took a gigantic, courageous step and found a writing group.  Then a critique group.  I finished a book.  And another.  A contest was entered.  A query letter was written.  A writing conference was put on the calendar.  Individual goals, but each was a step on the path to publication.
Were they part of a plan?  Nothing I'd consciously put on paper.  Do you want to leave your career to chance, or do you want concrete, constructive input?  Get out a piece of paper, open a new Word file, uncap that dry-erase marker.  Go ahead, I'll wait.  (insert Jeopardy theme song)  Ready?  At the top, write your goal.  Make it a big goal.  Now write the thing that has to happen just before the goal becomes a reality.  Write the action before that.  And the one before that.  Keep working backward until you are at where you are now.  Guess what?  You wrote a plan.   Add some target dates for each mini-goal and you have a workable plan.
Now go out and make it a reality.  I will.
Posted by sterlingwriter at 8:41 PM 1 comment:

Did you vote today?  From start to finish, including voting time, my wait was an hour.  It was beautiful weather outside of the polling place, and I used the time wisely.  No, not reading, but filling out character charts for my current WIP.  The activity filled in a few holes in their personalities and exposed others.
It's always good to have a plan B, whether your wait is planned (voting) or not (traffic backups).
Whatever the outcome of today's election, take pride in exercising your rights.  Don't take it for granted.  At the risk of sounding schmalzy, God Bless America!
Posted by sterlingwriter at 6:43 PM No comments:

I gots to get me some BBC 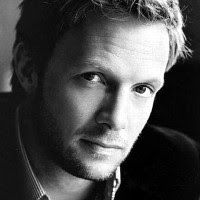 Aaargh!  Unfair.  There ought to be a way to get original BBC programming here in the States.  Not BBC America.  Plain old BBC.
I'm talking about the series "Spooks" now in its seventh season.  The cast is awash in man candy:

Rupert Penry-Jones, aka Captain Wentworth in Persuasion (the kiss at the end - oh, wow)
Or - Richard Armitage, aka John Thornton in North and South ("Turn back.  Turn back to me."  heartwrenching scene)
Or - Matthew Macfadyen, aka Mr. Darcy in Pride & Prejudice

Did I mention the guest list?
Hugh Laurie
Ian McDiarmid
Anthony Head
To name a few
Did I mention it's a spy show?
So unfair.
And totally unavailable as a download.
Le sigh.
Posted by sterlingwriter at 8:39 PM 2 comments:

Who are these people? 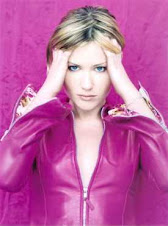 sterlingwriter
It's never too late to start on your dreams. I neglected (atrophied) my love of writing for (ahem) decades, but found it again and am having the time of my life.

Other blogs I visit